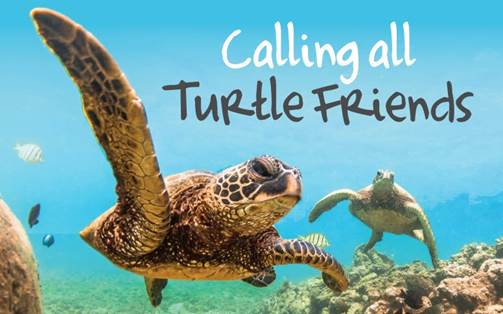 Ventura, Calif., May 2, 2018—In April of 2015, two local 8-year-olds from Ojai invented a free app that gives turtle-lovers around the world the ability to watch, track, and protect sea turtles right from their phones. After less than one year of crowdfunding efforts, Jonas, the son of Paso Pacifico Founder and Executive Director Dr. Sarah Otterstrom, and his friend Matson were able to raise over $26,000 from almost 200 supporters, and launched their sea turtle conservation app at the inaugural Turtle Friend Beach Party event last May at Carpinteria State Beach.

The 2nd Annual Turtle Friend Beach Party makes its Santa Barbara debut on Saturday, May 19 at the Chase Palm Park Center, and gives local wildlife enthusiasts a chance to see the latest in turtle conservation technology, including a demo of the InvestEGGator decoy eggs. These realistic decoy sea turtle eggs use GPS to track the trade routes of illegal egg poachers in Central America, and have garnered international awards and media coverage.

“After seeing how much everyone enjoyed last year’s Turtle Friend event, we knew it was something we’d be bringing back year after year,” said Dr. Otterstrom. “The event support has only continued to grow, and we are thrilled to learn that others in the community are passionate about sea turtles and protecting these amazing creatures. And a big thank you to Jonas and Matson for being true Turtle Friends and creating such an innovative app.”

Tickets for the 2nd Annual Turtle Friend Beach Party can be purchased at tiny.cc/2018turtlefriend. Tickets are $15.00 for children and $20.00 for adults.

The mission of Paso Pacifico is to restore and protect the Pacific Slope ecosystems of Mesoamerica. These habitats include the endangered dry tropical forest, mangrove wetlands, and eastern Pacific coral reefs. By working with local communities, landowners, and partner organizations, Paso Pacifico restores and protects the habitats that form building blocks for wildlife corridors. Paso Pacifico also lends its expertise to help migratory wildlife on the Central Coast of California, including threatened migratory birds and whales that overwinter in Mesoamerica. Through its high-impact programs, Paso Pacifico has established itself as one of the world’s leading biodiversity conservation organizations.