Following performance, cast and Mr. Sachs will participate in a Q&A then champagne reception for all attending. 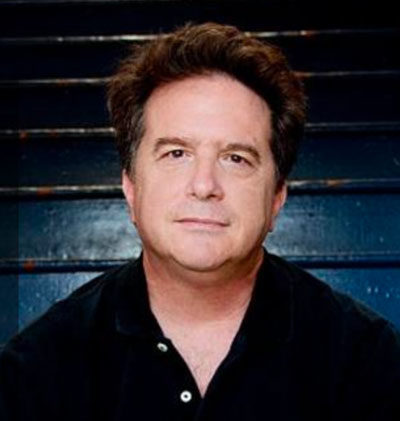 (Ojai, CA — April 25, 2018) On May 4 award-winning playwright Stephen Sachs will be in attendance for the opening performance of his play “Bakersfield Mist” at the Ojai Art Center Theater. Following the 90-minute one-act production, he will take part in a Q&A on stage and then join audience and cast members for a champagne reception in the Art Center Gallery.

“My little two-character play,” said Sachs, “has enjoyed success around the world. Starting with a seven-month sold-out run in L.A. and a three-month run on London’s West End (starring Kathleen Turner), it is now being produced in regional theatres across the U.S., translated into foreign languages and produced worldwide. I am particularly delighted to have it return to my own backyard at the Ojai Art Center Theater. Audiences are guaranteed a good time.”

“I am very proud and pleased to welcome playwright Stephen Sachs to our opening night show and celebration,” said Richard Camp, OACT Artistic Director. “I have loved this play since I first saw it at L.A.’s Fountain Theater, co-founded by Stephen and have followed its success through the years. When I needed a play that would very much involve our own art community, I grabbed this one.”

“Bakersfield Mist” is about a “hard-drinking broad” (Maude, portrayed by Lee Ann Manley) who buys a painting for $3 as a joke, because she thinks it’s so ugly. Someone suggests it could be a real Jackson Pollock. When a snooty art appraiser (Lionel, portrayed by Paul Sulzman) is dispatched to her trailer to authenticate the painting, the sparks and Jack Daniels start flying, as the two of them face off in a hilarious argument over what’s real and what’s not.

The bottom line: Is it a hundred million-dollar missing Pollock or a fake? Come and find out!

The community is invited to see the show, partake of a Q&A with author Stephen Sachs and mingle with him at a champagne reception afterwards—$35 all-inclusive for opening night. Regular priced tickets also available for Saturday night and Sunday’s matinee, and for the following three weekends.