Remarks by Donna Granata, Focus on the Masters 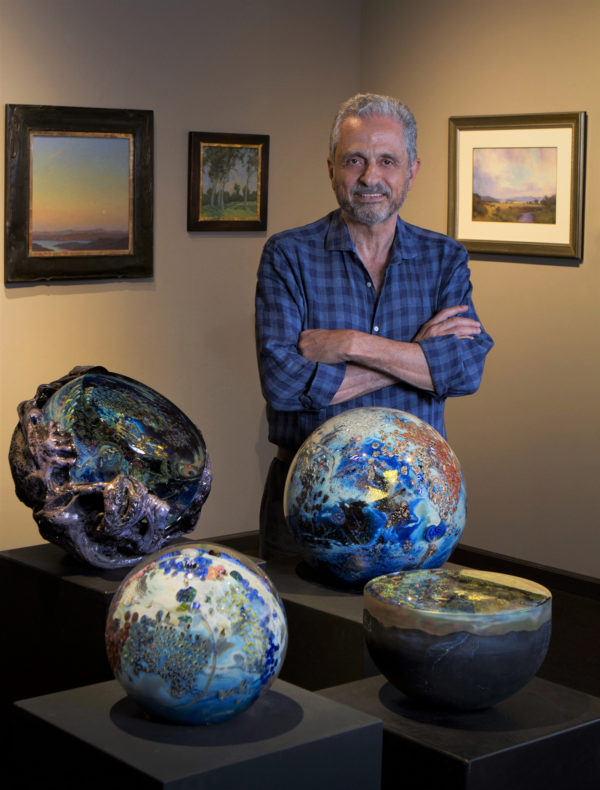 Khaled Al Awar came to the U.S. from Lebanon in 1970 to pursue his studies at the University level in Michigan. He graduated with a Master’s Degree in Psychology, and went on to become part of two pioneering programs in the country in the field of psychology.

The study of human behavior no doubt played an important role in Khaled’s success in business; in his love for our community; and, especially, in navigating the world of art.

Khaled and his family moved to Ojai in 1982 and purchased the Ojai Playhouse. Two years later he opened the Primavera Gallery. With Khaled’s fine artistic sensibility, the gallery carries some of the most discerning work in the fine arts and American craft. Primavera represents fine artists from all over the country as well as many local artists. The gallery has also embraced many emerging artists offering them a significant opportunity early in their careers.

Khaled became engaged with the Ojai community as soon as he arrived. He served on the board of the Chamber of Commerce for many years and became President in 1987. He served on the Boards of the Ojai Music Festival, the Montessori School and the Rotary Club – the latter awarding Khaled the Ethics in Business Award and the honor of naming him an Ojai Living Treasure. In 2014 the City of Ojai presented him with a Lifetime Achievement in the Arts Award.

Over the years the Ojai Playhouse, and Primavera Gallery became an essential part of Ojai serving our local community and as an important tourist destination for art lovers. The gallery has hosted many events to benefit the community such as bringing artists together for exhibitions to benefit the Ojai Studio Artists Scholarship Fund.

Older Ojai residents will remember Khaled for saving Ojai’s only theatre during a time when single-screen movie houses were closing nationwide. He purchased the shuttered theatre, made needed repairs and improvements, and then brought back first-run films. 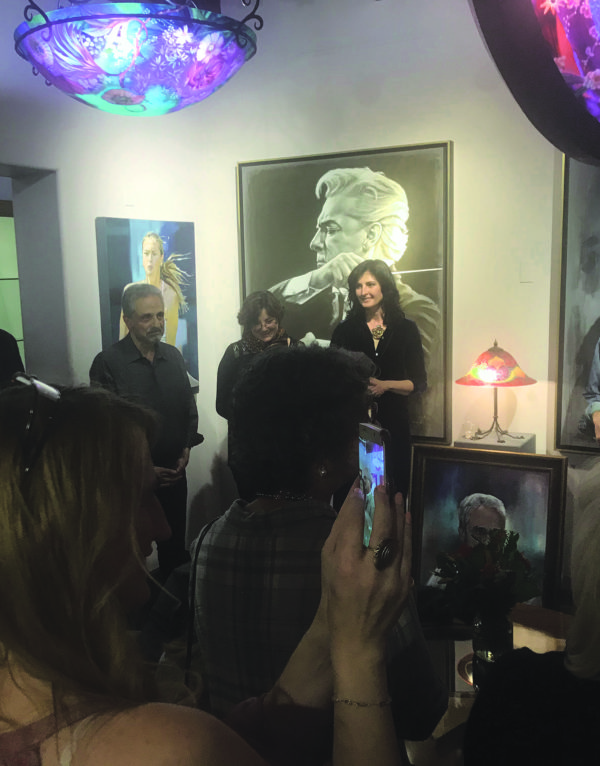 In his own words Khaled says:

“The more galleries and the more art there is in any community –  the more we celebrate art in a community – the better.

There is an amazing transformation that happens to people when they walk in and see the art. There is nothing on this earth that is not an expression of art. Art is everywhere.”

The whole Al Awar family, Khaled, Sheryl, Tarek, Tania and their extended families, have enhanced Ojai in so many ways. They’ve played an important role in developing the heart and soul of our community. We are all richer for knowing them.

Master Painter Katarzyna Kociomyk graduated with Honors from one of the most prestigious Academies of Fine Art in Poland. Mrs. Kociomyk’s paintings are in private collections in the United States, Canada, South America, Europe, Australia and Asia.

“My first oil painting I painted when I was 4 years old. I think that back then I first started to think about becoming a painter. Through painting I was creating my own spaces, and new worlds starting from some small element of reality. That internal and external reality seemed to be my early inspiration. After an Elementary School I applied to a strictly art oriented High School, and near the end of it I was considering studying at one of the best Fine Art Academies in Europe. In October of 1993 I was accepted to Academy of Fine Art in Warsaw, and in a matter of weeks I was studying under some of the best art professors in the Country. I finished the Academy with Honors with a solid technical foundation, extensive knowledge of art history, and a better understanding of the word “artist”.

Born, raised, and educated in Poland, Katarzyna Kociomyk came to the United States in December 2009. She opened her studio in a tranquil home in Vermont just few days after her arrival. In 2015 she moved to rural Indiana, where for two years she was developing new ideas and created new artistic challenges. In 2017 Katarzyna moved to Santa Barbara, CA where she now lives and works full time.