Fielding the Dream: Man Aims to Create Baseball Mecca in Ojai’s Back Country

What do you get when you mix mountains, sustainability, and baseball? If you’re Richard Murad, you hope the answer lies in Rose Valley.

The owner of Beach City Baseball Academy has searched for years for the right property to expand his organization. Based in El Segundo since 2011, Murad and his Beach City staff offer kids ages 9 to 18 the chance to perfect their baseball skills through a school as well as with clinics, camps, and several competitive traveling teams. A year and a half ago, he found a 200-acre ranch about 13 miles north of Ojai, in the Los Padres National Forest. If all goes according to plan, Murad wants to offer a Beach City-like experience, and a whole lot more, at Rancho Grande Baseball Camp.

A “whole lot more” is putting it mildly. Though the property’s main draw would be baseball, Murad envisions a place where kids could get up close and personal with nature. And in a place like Rose Valley, there’s no shortage of opportunities to feel a kinship with the outdoors. “Nobody understands the forest until you get here,” Murad muses. “We want kids to experience that.” 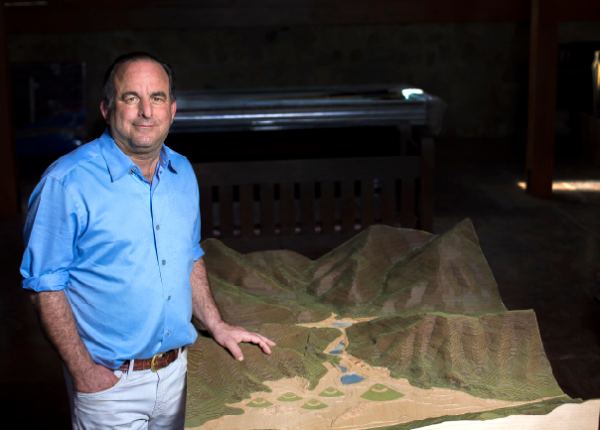 Each summer, traveling teams from across the country — perhaps 20 at a time — would spend a week in tournament-style play. Shorter clinics could be woven in around the peak summer season. In their downtime, players would have the opportunity to do things like: swim, fish and canoe in the spring-fed lakes; explore the surrounding hills; experience local Chumash culture; do arts and crafts; play basketball, ping-pong and board games; go horseback riding; hang out among the peach, apple and cherry orchards; and even visit with the ranch’s resident parrots, Babe and Ruth.

And when they’re not enjoying this off-the-grid, no-cell-phones-allowed paradise, the kids will be playing baseball. Lots and lots of baseball. But, Murad emphasizes, this won’t be your typical Little League environment. There won’t be huge bleachers for big crowds and the fields will be set back from the road, Murad says, so those driving by on their way to enjoy Rose Valley’s existing recreation opportunities may not even notice there’s much of anything going on. He doesn’t want to have night games, and he won’t build dark-sky-killing stadium lighting. He’s even expressed a willingness to bus the players up from town if traffic becomes an issue.

In short, Murad hopes Rancho Grande will run and feel more like a traditional summer camp.

In what’s starting to feel like true Murad style, there are plenty of other big plans for Rancho Grande. “I want to bring people here,” he says. “I want to share this place.” He’s partnered with Ojai Valley Little League, donating funds and resources from Beach City. He’s also sponsored a traveling Ojai P.O.N.Y. Baseball team — aptly dubbed the Rancho Grande Prospects. All the area’s youth ball teams would be given access to not only the property, but also Beach City’s skilled coaching staff.

And he plans to make the facility available to the local band of Chumash for events, and possibly to other community- or education-based groups, as well. As in El Segundo, Murad notes, “We have a responsibility to the local community.” 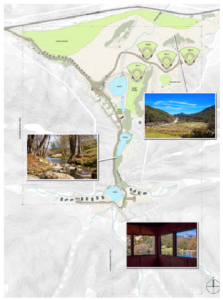 There is, of course, quite a lot of work left to do, and a long way to go yet. There are fields to build, permits to acquire, neighbors to win over. Still, Murad’s already invested considerable time — and, yes, money — into making his vision a reality. “We hired a ton of consultants,” he says. “We’ve done studies, $500,000 of studies, so far.” He rattles off a few: seismic, archeological, biological. He’s working on a wildfire evacuation plan with area fire authorities, which he concedes is his largest hurdle at the moment, one he didn’t realize would be so significant. Though he hopes another solution can be found, Murad said he’s willing to go so far as to construct a fire-proof building where people could shelter in place, if necessary, in the event of a wildfire.

Back when he bought it, the Rancho Grande dream was little more than an idea. The property had been used in the recent past as a wedding venue and had a handful of cabins and an assortment of buildings. It also had pastures for cattle, stalls for horses, some solar power, and two year-round lakes (three during wet winters). A stunning property by any definition — but Murad saw its potential as something much different.

Over the last 18 months, Murad’s added a slew of improvements, from a Shane Watkins-built fence that closes in 20 acres, to an 850-foot-deep well, to a massive chicken coop the size of a tract home. “I like chickens,” he shrugs with a laugh, adding, “Maybe (the project) got a little out of hand.”

He’s expanded some of the cabins and the lakeside kitchen, turning it into a screened-in game room. There’s a new set of stalls for the horses (yes, they’re all named after baseball greats) and several hundred fruit trees.

But he’s not even close to being done yet. He’s still hoping to build several more cabins to house the players, an observatory for his water heater-sized telescope, basketball courts, an outdoor amphitheater … the list goes on. And since Murad spends almost every weekend on the property with his family — “cooking a lot and just walking around,” mostly — he keeps adding more stuff to his wish list.

Sure, it’s a lot to juggle when he’s got a family and business to run. But Murad’s about to have a lot more time on his hands. He’s got a little over a year left as CEO of the Murad Skincare line, which was recently sold to Unilever.

After that, it’s nothin’ but baseball, baby.

This whole adventure started when Murad’s youngest son began playing on a traveling team. Back then, the El Segundo facility was little more than batting cages. So when the owner decided he was ready to retire, the Murads jumped at the chance to expand the cages into a full-scale academy. Add a few years, lots of new features, several coaches and teams, and Beach City has turned into a well-known name in the youth baseball world. Today, it offers El Segundo-area kids several traveling teams, many of which have been successful on the national stage at youth tournaments across the country. They offer events for special needs kids and even sponsor a Japanese team, Kitasuna, winners of the 2015 Little League World Series.

It was a father-son experience at the legendary Baseball Hall of Fame in Cooperstown that first inspired both Beach City and Rancho Grande. Cooperstown was amazing, Murad said, “but it’s all baseball … and I thought we could do something more.”

The vision is grand, but there’s still tons left to do, and big hurdles in the shape of permits left on the horizon. “There’s more than a 50 percent chance this won’t ever happen,” he admits, scanning his property from a hill as ranch dogs lay at his feet. But to quote the back of his Rancho Grande brochure, “If your dreams don’t scare you, they’re not big enough.”