The Case of the Incredible Alibi

The Case of the Incredible Alibi

Bob Clark’s father, Michael Hugh Clark, lost his mother during the Great Irish Famine.  In 1858, he boarded the CALHOUN, departing for New York, settling in Wisconsin, with his two siblings, Tom and Winefred.*  When he got word of the Irish Brigades forming in New York, under the direction of Irish Revolutionary Thomas Francis Meagher, he left immediately to join the Union Army under Brigadier General Meagher; the secondary purpose, so stated by all, was to gain fighting skill sufficient to recapture Ireland from the British.  Unfortunately, soon after enlisting, he was captured by the Confederates.  The defining moments of his life were spent In Andersonville, where he, along with the other prisoners, searched feces for scraps of undigested kernels of corn. 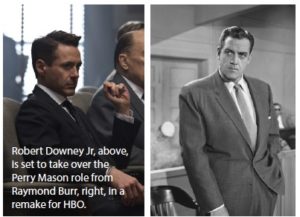 When he was released, he married Margaret Lynch.  She was a quiet little woman, loved him dearly, but could not help him escape the demons that haunted him.  None of his children, reported Cousin Howard Bald, could remember seeing him smile.  By the time the youngest son, Robert Emmett “Bob” Clark arrived in the family, Michael Hugh had virtually disappeared into the Backcountry.  The older boys supported their mother and the younger children.  Bob thus escaped the brooding savagery of his father, and took to his own pursuits: dare-devil racing his stagecoach (the stories abound); joining the newly formed Forest Rangers, being stationed in Castaic with his new bride and, while there, settling the long-standing Jenkins-Chormicle Feud—another story for another time.

Throughout his many adventures, Bob made even more friends, one of them being Erle Stanley Gardner, who wrote the following story.  It was Gardner, well-known author of the Perry Mason series, who shot the obviously staged photo of Bob on November 7, 1922, the night Bob was first elected Sheriff of Ventura County.

So sensitive is the balance of justice that sometimes the slightest thing — something as slight even as a puff of summer breeze — has been known to upset that balance.

That is precisely what happened one time, years ago, up in the bailiwick of my good friend Bob Clark, in Ventura County, California.  And had it not been that Bob Clark — one of the greatest law enforcement officers ever to pin on a badge — pursued that puff of wind to an astonishing discovery, the freedom of an innocent man would have been sacrificed.  The entire course of a human life would have been unjustly altered.

But that is the kind of man “Red Bob” was, and is, although he now is retired from the field of endeavor to which he devoted many years. Over those years, Bob hung up a record seldom equaled. It is a record in which he, although a policeman extraordinary, often worked as hard and as doggedly to prove a man innocent as he did to establish his guilt — if the evidence raised a doubt as to the latter.

Bob was elected sheriff of Ventura County in 1922, at a time when the only police force in the county was in the city of Oxnard. I was practicing law in Oxnard at the time, and came to know Bob and his methods of working well.  In the rest of the county he and his two deputies were the only law. And the county embraces a geographical area nearly as large as some of our eastern states.

During the noon hour, one hot summer day in the early 1920s, three men entered the bank of Hueneme, a small town a few miles from Ventura. In the bank at the time were only the cashier, the vice president and two girl clerks.

The invaders pulled pistols and forced this quartet back into the directors’ room in the rear. Then the three men grabbed up $12,000 in gold from the vault and fled.  They made a clean get-away, since the bank employees carefully obeyed the robbers’ instructions to remain silently in the room for a full 30 minutes.

So it was more than an hour after the robbery before Bob Clark got to the scene.  He quickly decided the gang must have had a hideout some place which they could reach within the 30-minute interval they had specified to their victims. Therefore, he made no attempt to launch an immediate chase.

He showed the holdup victims photographs of known bank robbers who had operated in the area in the past. They made a positive identification of a man we will call Knox, who was living in Stockton, over 300 miles from Hueneme.

Knox was arrested and Bob began some adroit questioning, without revealing the exact nature of the crime in which he was interested. He probed into the suspect’s movements before, during and after the time of the robbery.

Knox would account for his time the day before and the day after, but he could not remember where he was the rest of the week. To an experienced officer like Bob Clark this was a memory pattern just a little too convenient.  It was the story of a typical alibi of a guilty man trying to cover his wrongdoing.  So he was now even more convinced that Knox was the man he wanted.

Knox knew he was in real trouble and began to tax his brain to recall his whereabouts on the day of the robbery.

And then it came to him!  He had been in Stockton helping dig a basement under his sister’s house.

“Can you prove it?” Bob Clark asked. “My sister will tell you it’s true,” Knox said.

But Bob knew the word of a near relative must be somewhat discounted in a situation like this. Most people will stretch the truth in an effort to save a loved one in trouble. There must be something else!

Then Knox remembered that there was something else.

In the first place, he had needed some cement and forms and had stopped by a lumber yard to purchase these. But it was a cash sale.

The chances that the clerk would remember Knox — or the day the purchase was made — were remote.

Knox desperately cudgeled his wits and remembered something further he’d done that day in Stockton.

He had received notice that the power company was going to turn off his lights if he didn’t pay the bill. So he drew an advance wage from his sister to make this payment. He had gone to the power company office during the noon hour.  The clerk, an attractive blonde, wasn’t too friendly, since the bill was long overdue.

He had handed her the money and the bill. The latter was muddy and covered with cement, having fallen out of his pocket while they were pouring the basement walls. The bill was so smudged and dirty, he remembered, that instead of trying to mark it “paid” as was the routine practice, the blonde clerk wrote him a receipt from her book.

But he hadn’t bothered to keep the receipt.

“She crumpled up the muddy bill,” Knox told Clark as he tried desperately to recall every tiny incident that might support his story. “She tossed it into the wastebasket, and then…

He stopped and his eyes began to widen.

“And then what happened?” Clark said.

“The wind!” Knox almost shouted.  “A gust of wind came in the window and blew the bill aside. It never landed in the basket!”

Clark, a little skeptical, began to question Knox minutely on this fantastic new bit of recollection. He neither discredited nor accepted it. He could have tossed aside the incredible fragments the suspect began to dredge up from his tortured memory. He could have proceeded against Knox on the strength of the bank employees’ identification.

Knox told him he now remembered seeing the muddy slip of paper veer in the gust of breeze and flutter toward a half-open drawer beside the basket.

“It must have hit the open drawer,” Knox said, wincing as he realized how weak a straw he was seizing.

“I remember seeing it hit the side of the drawer.  If it fell inside and is still there, you can prove my story’s true.”

Slender as the likelihood of truth appeared to be, Clark felt it should not be cast aside untested. He and his prisoner drove the 300 miles to Stockton and went to the utility office. They met a cool reception and eventually a snotty rebuff from the blonde clerk. But the manager was more cooperative when he heard the story. With a thinly veiled grin of disbelief, he led them back to the girl’s desk.

“This the drawer?” the amused manager asked. Knox said it was. The manager pulled it open and rifled through a pile of papers it contained.

The muddy bill was not there.

Knox sagged against the desk. The trace of amusement began to fade from the manager’s face and he looked at the two men as if he were beginning to doubt the sanity of everyone involved, including himself.

The doubting manager complied. Bob knelt and thrust his hand deep into the interior of the drawer niche. Then a  broad grin spread across his face. He pulled forth a crumpled bit of paper, smudged gray with dried cement.

It took only a moment then to check the receipt files of the clerk and determine that the bill had been paid on the date in question.  But that was no proof that Knox had paid it in person. The clerk had no recollection of who had paid the bill.

Only the muddy slip of paper, which had planed down in the gust of breeze and lodged incredibly between the drawer and the desk niche that contained it, proved that Knox had told the truth.

And only the persistence of Bob Clark, an officer who put aside the temptation of an easy conviction to trace down every tiniest possibility of truth, saved Knox from a life sentence, which he figured to draw because of his previous bad record.

The next-to-final trick in the game was played when a man was arrested later and led Bob to a secret cache where $8,000 of the missing funds were recovered.  Still later, Bob nailed the other two bank robbers in Texas — along with most of the remaining loot.

There are countless stories about Bob Clark, one of the finest of his breed it has ever been my privilege to know. But this one I’ve always liked best of all.