“It will be enough for me, however, if these words of mine are judged useful by those who want to understand clearly the events which happened in the past and which (human nature being what it is) will at some time or other and in much the same ways, be repeated in the future,” — Thucydides, introduction to his “History of the Peloponnesian War.” 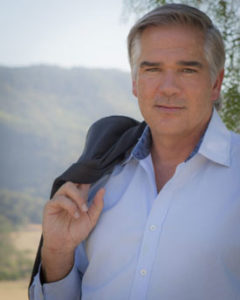 Albert Einstein was on a speaking tour in Japan in 1922 when he learned that his work on physics had earned him the Nobel Prize. Already a celebrity scientist, the news brought a siege of eager fans. He holed up in his room at the Imperial Hotel to write down his thoughts about this occasion.

A messenger brought him a delivery, and, finding himself without loose change, Einstein instead scribbled two short notes in lieu of a tip.

He reportedly told the messenger to hang on to them, because they might have lasting value. That prophecy was proved in late October, because those notes sold at auction for $1.8 million; one of them alone fetched $1.56 million after 25 minutes of spirited bidding at the auction house in Jerusalem. It was estimated they’d sell for between $5,000 and $6,000.

That message seems very much in the keeping with the spirit of Ojai; a haven from the eternal hustle of the outside world, a place where the vastness of our interior life has all the grandeur of our astonishingly beautiful natural surroundings. No wonder Ojai is an “intentional community” where people from around the world choose to live, and where so many of the people who were born here, work hard to stay here.

We don’t lay claim to such grand notions in our work at the Ojai Quarterly and Ojai Monthly; but we do take pride in presenting you our discoveries. Michelaina Johnson and Kit Stolz report on local effects of global warming, which will be among Ojai’s most serious challenges in the years ahead. In the years behind, for example, we learn about Tom Clark, former Ventura County Supervisor and champion chariot driver. Mark Lewis was inspired to delve deep into the unlikely third act of Michael Parks, because of the coincidence that his parents bought Parks’ former home on Foothill Road. The stable that Parks put in for his horse-loving stepdaughters is still there. These colorful characters populate our past, giving it richness, depth and context. They also point the way to the future. Sarah Hart brings us insight into the philanthropic minds of the Ojai Women’s Fund, while Richard Camp steps up as the Ojai’ Art Center’s first resident Theater Director with an ambitious lineup of plays, and a truly stellar troupe of actors.

Logan Hall takes us inside (and above) another of Ojai’s distinctive homes, in which these calm and modest lives can best be led. Our superb roster of columnists — Ilona Saari on the food front, Sami Zahringer on the humor front, and Bennett Barthelemy on the outdoors beat, lend us their clear and compelling voices.

Again, we invite to explore inside these pages and find your own Ojai insights.