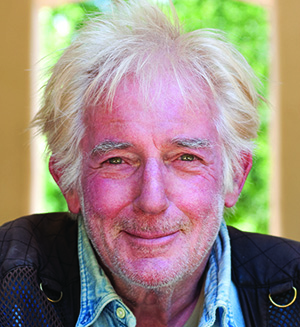 Courtesy of my friend Peter Fox, I pass on the following vital information:

HONORIFICABILITUDINITATIBUS — is a medieval Latin word meaning “the state of being able to achieve honours.”

Regarding honors, I have a problem. There’s one fact I can’t get out of what passes for my mind: I’m not sufficiently humble. So I need to adjust, calm down, figure out where and towards whom this humility should be projected — and TAKE ACTION! Or it could be that I’m not powerful, or at least not powerful enough. I rarely think about whether or not I have power — except last Tuesday, when someone at the coffee shop described my tone as “arrogant.”

Here I am, grappling with insufficient humility, and someone says I’m arrogant. Fine!  So I’m not the sweet-tempered demigod I thought I was. According to Webster’s, I am “full of unwarranted pride and haughty overbearing self-importance” in an attempt to hide my “gross feelings of inferiority.”

I’ve had three wives (3rd time lucky!) My 2nd wife — I’ll call her Trixie — would reject that notion. Spineless and submissive? No. Haughty, overbearing, pompous, even disgusting? Yes. There you go! I think I’m happy-go-lucky. Trixie thinks I’m manic depressive. What planet was this woman on?! Even so, I stuck by her — for a while, at least.

American comedian Cary Odes, frequently up from LA to conduct stand-up comedy classes in Ojai, recently told his audience that “Death is the new 60,” then segued into the trials and tribulations of marriage. Patting his body all over, he says: “I have a list of faults my ex-wife drew up for me, but I seem to have misplaced it.”

Reminds me of a couple of song titles: Vince Gill’s “It’s Hard To Kiss The Lips At Night That Chew You Out All Day Long,” and another: “When My Love Comes Back From The Ladies Room, Will I Be Too Old To Care?”

Like years ago, for example — an incident I’m still smarting from as though it was yesterday — I’m sitting at the table eating a bowl of frozen grapes, sliced banana, honey-flavored yogurt and whipping cream. I just know 2nd-wife-Trixie’s eyes are burning into me.

“I can’t answer questions with all that cream mess drizzling from your mouth.”

“ … and all that breathing and teeth-clacking ..

“ … I’m supposed to stop breathing and using my teeth to eat my fruit? Which, by the way I was enjoying till about a minute ago.”

She, after a pregnant pause:

“D’you realize that, for as long as I’ve known you, you’ve eaten with your hands? You’ve never even touched a fork.”

“ — does it ever occur to you that I find eating tiring and exhausting?”

“Well of course you do when your bare fists are grabbing every item in sight and ramming them down your gullet.”

“You don’t know what it’s like to look at you and listen to your snorting, breathing and chomping — “

“You have no table manners.”

“Nice image. Thank you very much.”

Let me tell you something. “Good table manners” leaves me cold. Which fork with which dish? Don’t tip your boiling soup into an ice-filled wine glass to cool it down. Don’t grab all the food around you and stuff it down your throat. All that rubbish. If you think “good table manners” improved the quality of the overcooked gray crap we were forced to wolf down three meals a day at school, you’re dreaming. Nor is “dining etiquette” high on my list of concerns if a dazzling blonde rocks up. Sure, I have fantasies about her — but not about her table manners.

And then, inevitably, comes 2nd wife Trixie’s final smack-down. She’s sitting opposite, looking at me like I’m something the cat dragged in, hypnotized by my noisy, chomping, cream-drizzled mouth.

“I’ve got a great idea for when we have dinner later,” she says.

“Why don’t you mash up everything in front of you — salmon, peas, pureed cauliflower, frozen grapes, sliced banana, apple, whipped cream, whatever else is smeared across your face — pack it all into a pointy-headed torpedo — and ram it up your bony ass!”

I smile thinly. My table manners may be for shit. But I like to think I’ve retained those sterling qualities which have made me a household name. This “mildness and patience of disposition not easily stirred to anger” is dangerously close to exploding. I remain calm. Trixie heads for the door. I wipe my mouth with the back of my hand.

“Can I ask just one question?”

She stops and turns.

“That pointy-headed torpedo thing you want me to ram up my ass.”

“Which fork should I use for that?”